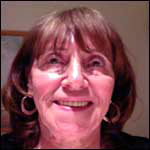 a wide range of experience as a journalist, business columnist and marketing business strategist. She has lived and worked in Asia and Europe as a journalist and consultant to international businesses.

As a journalist, Ms. Cianci worked for newspapers that included USA Today and the Dallas Times Herald. Her syndicated column and work has appeared in major U.S. newspapers, including the New York Times, Boston Globe, Washington Post, Los Angeles Times and the Chicago Tribune.

Based upon her extensive knowledge of the business community and her knowledge of law, which she acquired at DePaul Law School in Chicago, Ms. Cianci launched a consulting business, KSC Strategic Planning & Marketing, in the 1990s. She began working with businesses and organizations to advance their brands. Ms. Cianci produced educational videos and written material for the museum community, including the Field Museum of Chicago and corporate compliance programs for Chicago area healthcare organizations, including Evanston Northwestern Healthcare, Inc.

In 2000, Ms. Cianci traveled to Shanghai, China to assume the post of business editor (expert) for the Shanghai Daily, and further develop her consulting. There, she worked with international businesses seeking to open offices or establish business relationships on Mainland China. Later, Ms. Cianci took up residence in Prague to become business editor for a Czech newspaper.

More recently, Ms. Cianci returned to the United States first as marketing director for I Save Power in Los Angeles and later joined National Therapeutic Systems, Inc. in Westchester, IL as business analyst.